More than 500 policymakers, civil society representatives, activists, business representatives, and technical community representatives from all over the world attended the Stockholm Internet Forum (SIF) last 15-18  May 2017. Some of the attendees had participated in the first three SIFs, but many were also first-time participants, myself included. The Forum was held in scenic Stockholm – the pre-events at the Sida (Swedish International Development Cooperation Agency) headquarters and the main sessions at  Münchenbryggeriet (The Brewery). The author with Lisa Garcia, Executive Director of FMA

This year, the SIF focused on the overarching themes of “Access and Power” and connections between them, particularly as they relate to the Internet.

On the first day of the SIF, I was able to attend the main session on Equal Access – Distributed Power, as well as the parallel sessions on Digital Identity and on Access and human rights in the smart city. I also attended the Open SIF, in which attendees were provided a platform to present their work or ideas. A session from the Open SIF that stood out to me was that on Social Media analytics for online advocates by Walid Al-Saqaf, who developed an open-source  tool for social media analytics called Mecodify. He demonstrated the use of the tool for analyzing impact and influence networks using the tweets for #SIF17 as an example. The demonstration was equal parts impressive and alarming to me – impressive because I saw the value of an easily accessible online tool for monitoring the impact of a campaign; and alarming because it also demonstrated just how easy it is for other parties to access everything we post online and use it for their own purposes.

As someone whose work is centered on privacy issues, the parallel sessions on Digital Identity and Smart Cities were particularly interesting to me, as they tackled issues that are relevant to the Philippine context, such as the privacy implications of a national identification system, especially in relation to other digital identity systems and even SIM card registration systems. One thing that struck me during the session on smart cities is that even those working in that area have not arrived at a single clear definition of what a smart city is, and yet smart city-related initiatives keep popping up all over the world. Engaging in these initiatives without fully understanding what’s at stake is dangerous, especially for something as intrusive, potentially exclusionary, and heavy in data collection as smart city projects.

On the last day of the SIF, FMA’s Executive Director Lisa Garcia served as a member of the panel on Digital rights 2.0: challenges and opportunities to empowerment (Check out our Storify story for this session!), in which she discussed the impact of social media in the most recent Philippine elections and the succeeding months. She was joined by Gbenga Sesan (Paradigm Initiative), Solana Larsen (Mozilla), Malavika Jayaram (Digital Asia Hub), and Renato Rocha Souza (Archives Without Borders). It was refreshing to see a panel from diverse backgrounds, especially when some of the other panels were criticized for not including resource persons from the Global South. The diversity of the panel manifested in the discussions as well, which surfaced relevant issues like the politics of data and ethics of algorithms, and how civil society can work hand-in-hand with technologists to future-proof both technologies and digital rights. FMA’s Lisa Garcia on the panel for Digital rights 2.0: challenges and opportunities to empowerment

One major gap I noticed during the forum was the lack of accessibility with regards to language. I just found it odd that for a conference that placed much emphasis on improving access and inclusion, no effort was made in consideration of participants whose first language is not English.

Nevertheless, attending the SIF made me rethink my own perceptions of access and power, and how they relate to my work as a digital rights advocate. It was both eye-opening and empowering to see people from various backgrounds come together to discuss how current digital environments promote or impede the access, and think of ways to increase access to technology in a way that redistributes power to benefit the otherwise marginalized.

Thoughts on Cybersecurity and Internet Governance in the Asia Pacific | Foundation for Media Alternatives · August 22, 2017 at 1:03 pm

[…] one Twitter user suggested, the opposite of a “manel”) in the APrIGF. Having just come from the Stockholm Internet Forum last May, it was also nice to see important discussions on internet governance being led by people […] 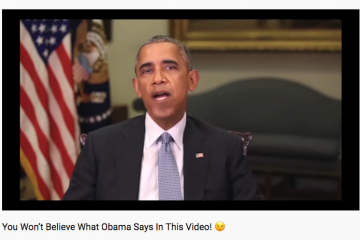