We, the World March of Women-Pilipinas, together with allied groups and individuals, oppose the impeachment process being initiated against Chief Justice Maria Lourdes Sereno.

We see this as a political move to further weaken the judiciary, which at the moment is the only remaining branch among the three co-equal branches defending its independence and has in several occasions, stood up against the bullying of the executive and legislative.

As several legal minds, and the Integrated Bar of the Philippines itself, have already warned, the impeachment proceeding is a political tool. As such, it should be handled with caution, much circumspection and wisdom, and as as result of thoroughness. An impeachment case, because of its political character, its object being the highest officials of the country, and its implications grave, should cover the most serious of offenses as provided for in the Constitution, namely culpable violation of the Constitution, high crimes such as graft and corruption, and betrayal of public trust, and not the petty charges that have been used as bases for the impeachment complaints filed by Volunteers Against Crime and Corruption’s Dante Jimenez, Vanguard of the Philippine Constitution Inc.’s Eligio Mallari, and Atty. Larry Gadon, all avowed supporters of President Duterte.
What is further unfortunate is that a number of House of Representative members allied with the president have already endorsed the complaint/s, opening the way for a proceeding to prosper. An impeachment proceeding against the Chief Justice will further solidify the efforts of the Duterte government towards authoritarian rule.

We also continue to resist the misogyny and sexism of this government, which the president himself embodies and has promoted and encouraged. It’s not a coincidence that the first prisoner of conscience of his administration is a woman (Senator Leila de Lima); that he didn’t support former Secretaries Gina Lopez and Judy Taguiwalo; that he and his allies are now going after CJ Sereno and has threatened to do the same with Ombudsman Conchita Carpio.

Women are this government’s fiercest enemies, as we continue to defend human rights, resist the bloody war on drugs, fight the culture of impunity and misogyny promoted by this government, and oppose authoritarianism and the patriarchal leadership of President Duterte.

We call on the members of Congress who still believe in critical, independent thinking; who are not willing to be political stooges of this government to not allow the impeachment proceedings against CJ Sereno to prosper.
We call on fellow Filipino women, and men, who still believe in democratic values and ideals, who are against authoritarian and fascist rule to oppose this impeachment process. 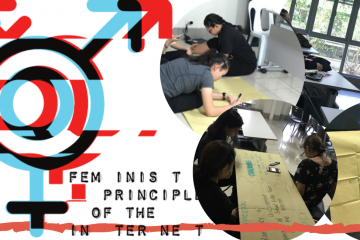