The Philippines is slated to investigate ‘deepfakes’ and how they may affect perceptions of truth, history, and reality, via a resolution filed by Sen. Ralph Recto urging to probe the phenomenon.

A ‘deepfake’ is a combination of the words “deep learning” and “fake” — as a deepfake is essentially a “Photoshopped” video or image showing a person doing or saying something which they did not say or do, made more seamless and undetectable for untrained eyes via techniques employing artificial intelligence.

In the Philippines, where disinformation and ‘fake news’ played a crucial part in elections and influencing public opinion, ‘deepfakes’ present another challenge in regulating potentially harmful content online. Read more from CNN Philippines here, and from Inquirer here.

Three men were recenly implicated in an alleged ‘surveillance’ attempt against the Philippine Collegian, the official student publication of the University of the Philippines. Rappler reports how an unidentified man attempted to get inside the office of the school newspaper at 930pm on November 16. The man later stated he was merely looking for two other colleagues.

The UP Collegian is one of the Philippines’ premier student publications, known for its independent and progressive reporting. In a political environment seen to be hostile to critics and journalists, the ‘surveillance’ attempt is seen as a threat to press freedom. Read more here. Read Altermidya’s solidarity statement condemning the surveillance attempt here.

Beyond naming and shaming in political trolling and disinformation studies

Researchers Jonathan Ong and Jason Cabanes, co-authors of the study “Architects of Networked Disinformation: Behind the Scenes of Troll Accounts and Fake News Production in the Philippines“ recently published a follow-up article to their groundbreaking research on how political trolling operates in the Philippines.

In the recently-published article, titled “When Disinformation Studies Meets Production Studies: Social Identities and Moral Justifications in the Political Trolling Industry,” Ong and Cabanes extend the discussion to the ethics of production, or the “social conditions that entice people to this work and the creative industry practices that normalize fake news as a side gig.” The article seeks to address a gap on disinformation studies, which rarely discusses issues of identity, morality, labor, and motivation. Read and download their open-access article from the International Journal of Communication here.

The Bureau of Immigration issued a warning for Filipinos looking for jobs abroad to be wary of ’employers’ recruiting via social media.

A report by Business World states a number of Filipinos recruited via social media — specifically Facebook — have been barred at the Ninoy Aquino International Airport. Some of those barred had their papers processed abroad, and were poised to fly as tourists even though they were recruited to work as domestic workers. Read more here.

‘The need to understand our digital rights in our own languages’

Ever heard about the digital language divide? In this piece from Open Internet, Eduardo Carillo highlights the cultural implications of the diversity (or lack thereof) of languages on the internet. We must shift from an online consumer habit, says Carillo, to a content creation habit, one that produces content more in tune with our contexts and realities, and in languages other than English. “Understanding our rights online is very important and deeply interconnected to the cultural and language richness that must be ensured online,” he says. Read more here.

For further reading, read this special report by The Guardian on how the language we speak shapes our internet experience.

FMA will hold an Internet Governance Symposium on Nov. 22, 2019, at Palawan, Philippines. The event is co-organized with the Department of Information and Communications Technology, the Internet Society (Philippines Chapter), and the Australian Government – Department of Foreign Affairs and Trade.

The Internet Governance Symposium aims to (1) promote a deeper understanding and appreciation of internet governance by local communities through a multistakeholder approach; (2) bring people together from different sectors as equals, in facilitating the exchange of information and best practices, and in this regard make full use of the expertise of the academic, civil society, government and technical communities at the local level; and (3) discuss emerging issues and concerns, and public policy issues relating to the internet and bring those issues and concerns to the attention of the relevant bodies and the general public, and, where appropriate, make recommendations.

For inquiries and clarifications about the symposium, email us at info@fma.ph or stephen.trinidad@dict.gov.ph. 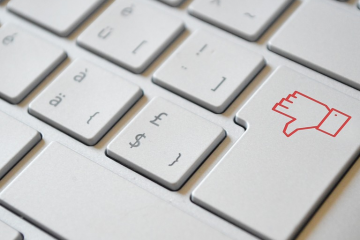 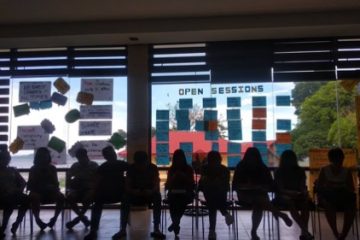 Here’s what you need to know this week: The National Privacy Commission took decisive action when it banned 26 lending apps that unlawfully process lenders’ personal data and publicly shame them for unpaid debts. The Read more…