This article was written by Jose Antonio Medrano, an intern at FMA under Global Affairs Canada’s International Youth Internship Program.

Digital applications are becoming ever more ubiquitous in today’s society. These apps are used not only for entertainment purposes, but also as a way to increase productivity and even to enhance education. Unfortunately, some digital apps also pose a threat to fundamental human rights, particularly to the right to privacy.

With the increasing number of internet users around the world and especially in the Philippines, the number of mobile app users is expected to increase as well. This could potentially lead to more privacy violations perpetrated by digital apps using intrusive and unethical practices.

The Foundation for Media Alternatives (FMA) is concerned about this issue and believes in the importance of creating awareness about the sinister side of digital services that threaten the right to privacy of users.

During a public discussion organized by FMA and the University Data Protection Office of Ateneo de Manila University on October 30, 2019, over 40 participants from civil society organizations, private companies, and universities gathered to learn more about surveillance and other issues related to digital apps. What mostly came out from the discussion were valuable information regarding certain types of apps that endanger people’s privacy.

What kind of apps are putting our right to privacy at risk and how do they do it? Here are some of the cases highlighted during the session:

1. Caitlin Bishop from Privacy International pointed out that period tracking applications are some of the most dangerous mobile apps right now. Research from Privacy International has revealed that these apps give away extremely private information from its female users, putting women’s integrity and privacy at risk. In fact, menstruation apps deal with very sensitive and private information such as the use of contraception or sexual activity by the users, among others. The major problem with these apps is that some of them do not comply with data protection law and disclose information from their users without asking for permission. In some cases, private information is shared with Facebook, allowing advertisers to specifically target women that use such apps.

2. Dr. Eve Katalbas, a digital health specialist, mentioned that health apps also collect extremely sensitive information from its users. Although giving away this kind of information to these apps is key when monitoring one’s health, the issue is that currently, there is no sectoral data privacy law in the Philippines that is intended to  protect health information, as a specific type of data, from unauthorized access and abuse. Therefore, sensitive information about our mental health, for instance, could end up in the hands of advertisers and third parties like insurances, without us knowing it.

3. Francisco Vera Hott from Privacy International also stated that certain low-cost technology is harmful for people. In fact, reports have shown that certain cheap and accessible devices contain pre-installed apps that track everything inside the phone. Shockingly, these tracking apps cannot be uninstalled, leading to a higher risk of privacy breach for the users.

Although the apps tackled during the forum are not fundamentally “evil,” as they can encourage individuals to be more conscious and proactive about their own health or needs, the way these apps deal with personal data makes them threatening and outrageous.

In the end, responsibility lies on companies and developers. There is an urgent need to reconsider the way they treat and use data in order to create a better and safer digital space. 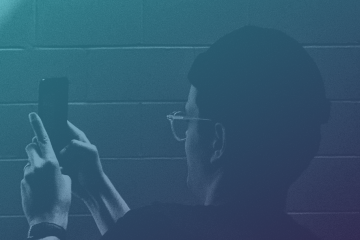 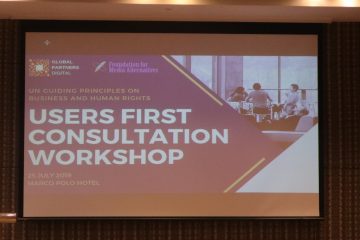