Should we fear the Anti-Terror Bill?

As the Senate approves on third and final reading the Anti-Terror Bill (formally titled An Act to Prevent, Prohibit, and Penalize Terrorism, Thereby Repealing Republic Act No. 9372, also known as the ‘Human Security Act of 2007’), various groups protest anew its repressive provisions, which among others allow a vague definition of terrorism (Sec. 4), legitimize wiretapping and state-sponsored surveillance (Sec. 16), and modify the rules on warrantless detention (Sec. 29), according to a video report by alternative news website Altermidya:

(See the full text of the bill here as of third and final reading in Senate.)

Proponents of the bill defend its necessity by saying the Human Security Act, which is sought to be repealed, has been rendered a ‘toothless’ act by a provision penalizing law enforcement for wrongful detention of persons acquitted of terrorism, among others. Despite many misapprehensions surrounding the bill, proponent Senator Panfilo Lacson, in a Business World report, states that legal procedures are built into the bill to prevent abuse. But safeguards and accountability mechanisms put by the Human Security Act to prevent abuse has been removed from the bill, according to a report by Bulatlat.

FMA previously issued a 2015 report on the Philippine surveillance landscape. Read it here.

8chan founder Fredrick Brennan has been issued a warrant of arrest for cyberlibel by a Pasig court, according to CNN Philippines. The warrant and the corresponding charge under the Cybercrime Prevention Act were borne of a series of tweets where Brennan called current 8chan owner Jim Atkins “senile” and “incompetent.”

The CNN report quoted the rationale of the Pasig prosecutor in finding the cyberlibel charge was warranted: “They are a malicious imputation of senility on the part of [Watkins,] a condition, status or circumstance tending to cause dishonor, discredit or contempt of [him]….” The prosecutor added that Brennan failed to prove that Atkins was actually senile.

Cyberlibel under the Cybercrime Prevention Act carries with it the penalty of imprisonment, for a period longer than libel under the Revised Penal Code.

FMA recently published a policy paper calling for the amendment of the Cybercrime Prevention Act — among others, to delete the provision on online libel / cyberlibel. Read it here.

Philippines is 4th most attacked country by cyber threats

A cybersecurity firm reports that the Philippines recorded the 4th highest number of web threat detections in 2019, moving up from 7th place the previous year. According to a GMANews.TV report, the firm stated that it monitored and prevented nearly 28 million internet-borne attacks against users in the Philippines.

The highest number of detected of web threats were recorded in Nepal, Algeria, and Albania. The Philippines is followed by Djibouti, Mongolia, Belarus, Tunisia, Bangladesh, and Azerbaijan.

Much ado about TikTok

After Reddit CEO Steve Huffman called popular social media app TikTok ‘fundamentally parasitic’ and ‘spyware,’ concerns were raised anew on its Chinese ownership and the possibility that it shares information with the Chinese government, or that it facilitates espionage (both denied by the company), or that, at the very least, it may be promoting lewd songs and videos.

An Inquirer-Associated Press report explains TikTok’s rise as a competitor to Facebook, Snapchat, and Instagram and why it’s a hit with users, even as the social media app has been said to be a hotbed of misinformation and earns revenue from ads, much like Facebook. In 2020, the company agreed to pay a $5.7 million US fine for collecting personal information from kids under 13.

For questions about the Digital Rights Report, send us an email at info@fma.ph. 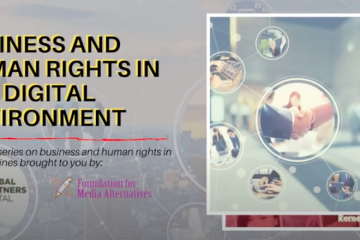 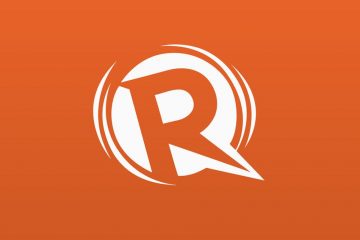